The City and County of San Francisco, is a commercial and cultural center in the northern region of the U.S. state of California. The city proper is the 17th most populous in the United States, and the fourth most populous in California, with 815,201 residents as of 2021. It covers a land area of 46.9 square miles (121 square kilometers), at the end of the San Francisco Peninsula, making it the second most densely populated large U.S. city after New York City, and the fifth most densely populated U.S. county, behind only four of the five New York City boroughs. Among the 331 U.S. cities proper with more than 100,000 residents, San Francisco was ranked first by per capita income (at $133,856) and fifth by aggregate income as of 2019. Colloquial nicknames for San Francisco include SF, The City, and Frisco.

San Francisco and the surrounding San Francisco Bay Area are a global canter of economic activity and the arts and sciences, spurred by leading universities, high-tech, healthcare, FIRE, and professional services sectors. As of 2018, the metropolitan area, with 6.7 million residents, ranked 6th by GDP ($884 billion) and first by GDP per capita ($131,538) across the OECD group of countries, ahead of global cities like London, Singapore, or Hong Kong. San Francisco anchors the 12th most populous metropolitan statistical area in the United States with 4.7 million residents, and the fourth-largest by economic output, with a GDP of $592 billion in 2019. The wider San Jose–San Francisco–Oakland, CA Combined Statistical Area is the fifth most populous, with 9.6 million residents, and the third-largest by economic output, with a GDP of $1.09 trillion in 2019. Of the 105 primary statistical areas in the U.S. with over 500,000 residents, this CSA had the highest GDP per capita in 2019, at $112,910. In the same year, San Francisco proper had a GDP of $200.5 billion, and a GDP per capita of $228,118. San Francisco was ranked 5th in the world and second in the United States on the Global Financial Centres Index as of September 2021.

As of June 2022, the Bay Area was home to four of the world's fifteen largest companies by market capitalization, and the city proper is headquarters to companies such as Wells Fargo, Salesforce, Uber, First Republic Bank, Airbnb, Twitter, Block, Levi's, Gap Inc., Dropbox, PG&E, Lyft and Cruise. The city is home to a number of educational and cultural institutions, such as the University of California, San Francisco (UCSF), the University of San Francisco (USF), San Francisco State University (SFSU), the de Young Museum, the San Francisco Museum of Modern Art, the SFJAZZ Center, the San Francisco Symphony and the California Academy of Sciences. A popular tourist destination, San Francisco is known for its steep rolling hills and eclectic mix of architecture across varied neighborhoods, as well as its cool summers, fog, and landmarks, including the Golden Gate Bridge, cable cars, Alcatraz, and Chinatown and Mission districts. 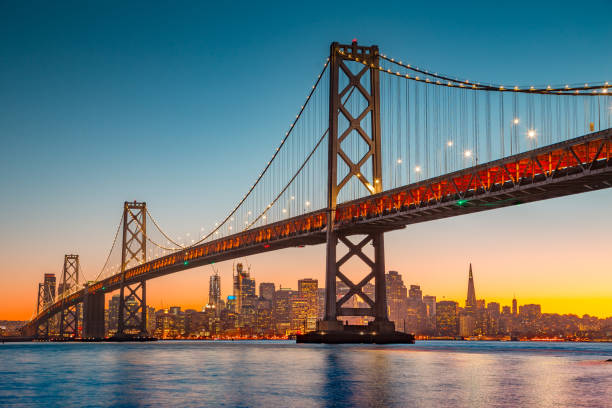